My New Studio at 400 West Rich 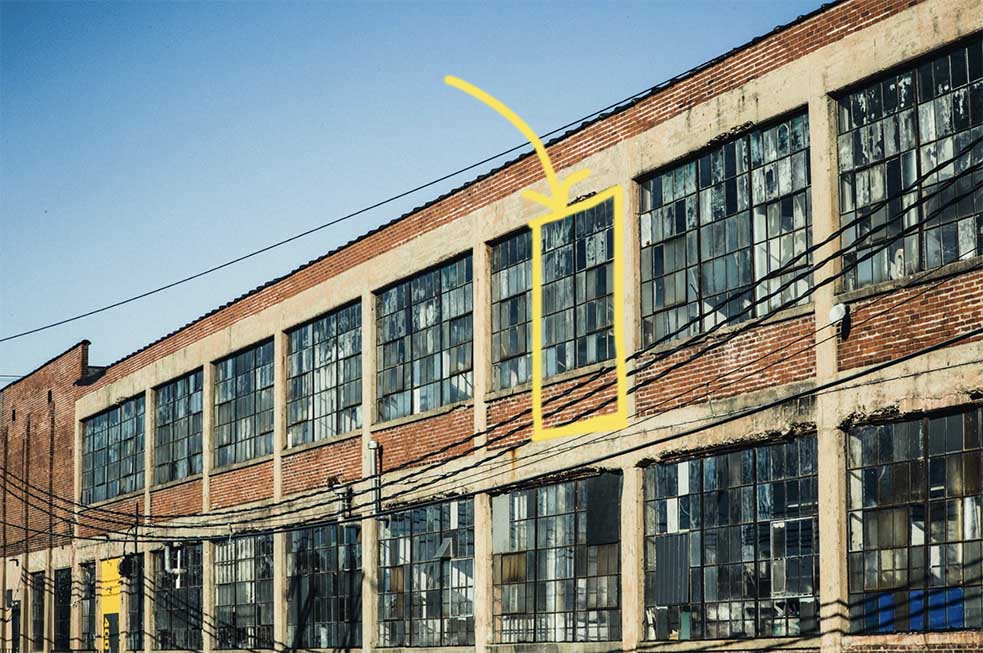 Why do I need another studio? Only a few weeks ago I was in Berkeley, California, at Jerry McLaughlin’s Advanced Oil & Cold Wax Workshop.  While there, I had a break through!  All of those overblown, evening news adjectives (jaw-dropping, life-changing, once-in-a-lifetime) actually apply and I came home anxious to increase my oil & cold wax painting schedule.  My paintings from the class were laid out on the floor and along the wall in what we call our ‘reading room;’ a three-season enclosed porch (my guess) that has windows along two sides and baseboard heat that we’ve never turned on.  Besides workout equipment, a baker’s rack full of food stuffs, bicycle storage, and a Concept 2 rowing machine; there are two very cosy chairs and a reading light.  I’ve been eyeing this space for a year thinking it might make a nice, larger studio where I could paint in oils. Not going to happen!  Very quickly, the fumes from my paintings became very noticeable in a negative way. After some brain storming, Roy and I agreed that a studio outside the home might work.

Where could I find one? Being spoiled by working at home, I tried to find something in my neighborhood.  I called, talked to, drove by… and finally, I did what many artists in Columbus have done.  I talked to the folks at 400 West Rich.  The Ohio Art League has their gallery at 400 and I’ve gone to Franklinton Fridays several times, enjoying the galleries and artist studios at Chromedge, the Columbus Idea Foundry, and 400 West Rich.  Now I will get to be part of that rich tradition. As a matter of fact, this Friday will be Franklinton Friday and if I get my act together, I might showcase a few of my paintings and put out a sign saying “I’m moving in.”

How did I pick this particular studio?  There were five studios available when I talked to Leonard at Gramercy Artiste Ltd. yesterday.  Every month, leases come up for renewal and sometimes artists leave or just move to a different building and those abandoned studios become available. I picked 3 pm today to see them as I wanted Roy to be there.  There were four studios left when we got there.  All the studios were on the second floor, and except for the studio with the bad roof leak, they were going for about $1.35/ sq.ft. (the roof leak was only $1.20 and it was nice; but repairs might be months away and we have been getting a lot of hard rains).  The studios with windows facing east would perhaps be cooler in the afternoon; an important consideration since there is no A/C. Also, the rooms were more rectangular in shape, being wider and not so deep, which I kind of liked.  Turned out, except for the room with the leak, those rooms all looked out on a black roof which reflected a lot of heat making them hotter than the ones that faced west.  The rooms with the windows facing west would be warmer later in the day; but I am a morning person and at 3pm on a 90 degree day, it was bareable; so I opted for depth over width.  Of the two left, I chose the smaller one that fit my “less than $400” target.  In my 12′ x 23′  room, there are 5 outlets, a ceiling fan, two shop lights, a concrete floor, white walls, and an open ceiling to allow for the fire sprinklers. Since I paint with oils, they provided me with a small-refrigerator sized storage locker stack (seen in the middle photo below) to hold paints, solvents, propane… all those combustibles.  In the photo above I’ve outlined my studio in yellow.  In the photos below you can see my room facing the western windows, facing the eastern door, and a close up on the widows. The walls are open above… is that 8 feet? I can plug in a mini fridge, a coffee pot, lights and fans (no space heaters).  I can attach things to the walls (like paintings) and if I wanted I could paint the walls a different color as long as I paint them white when I move out (or forfeit my deposit). I’m in room 214 – think of Valentine’s Day and you’ll find me. 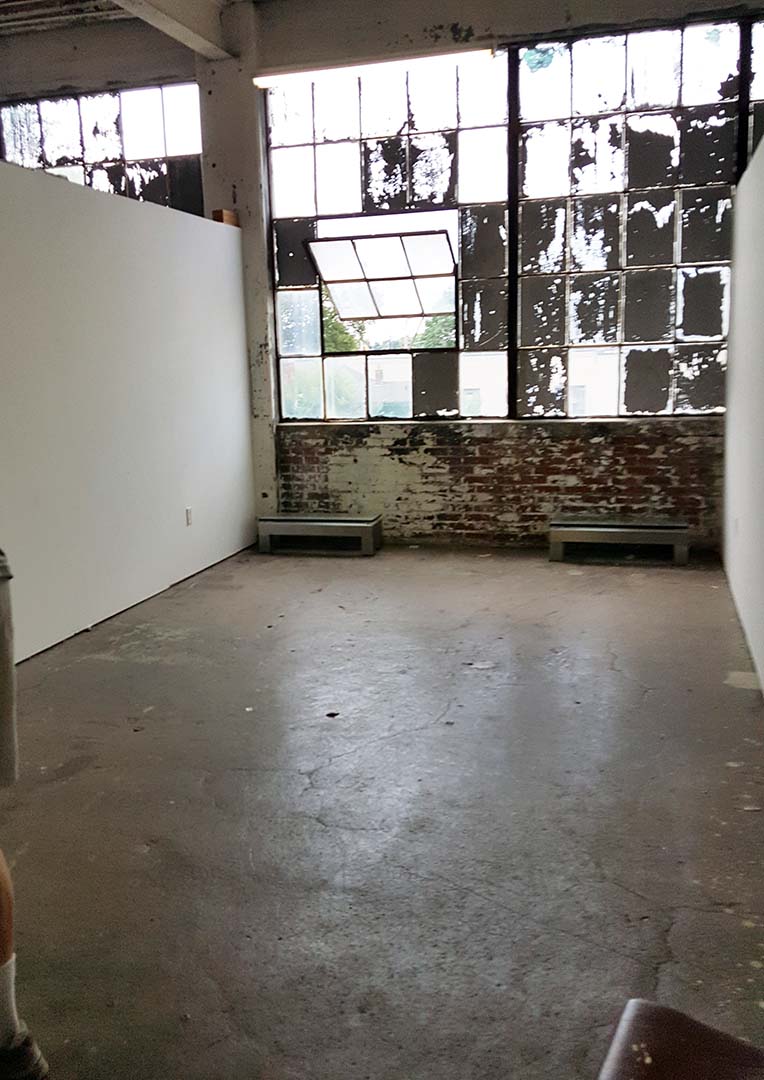 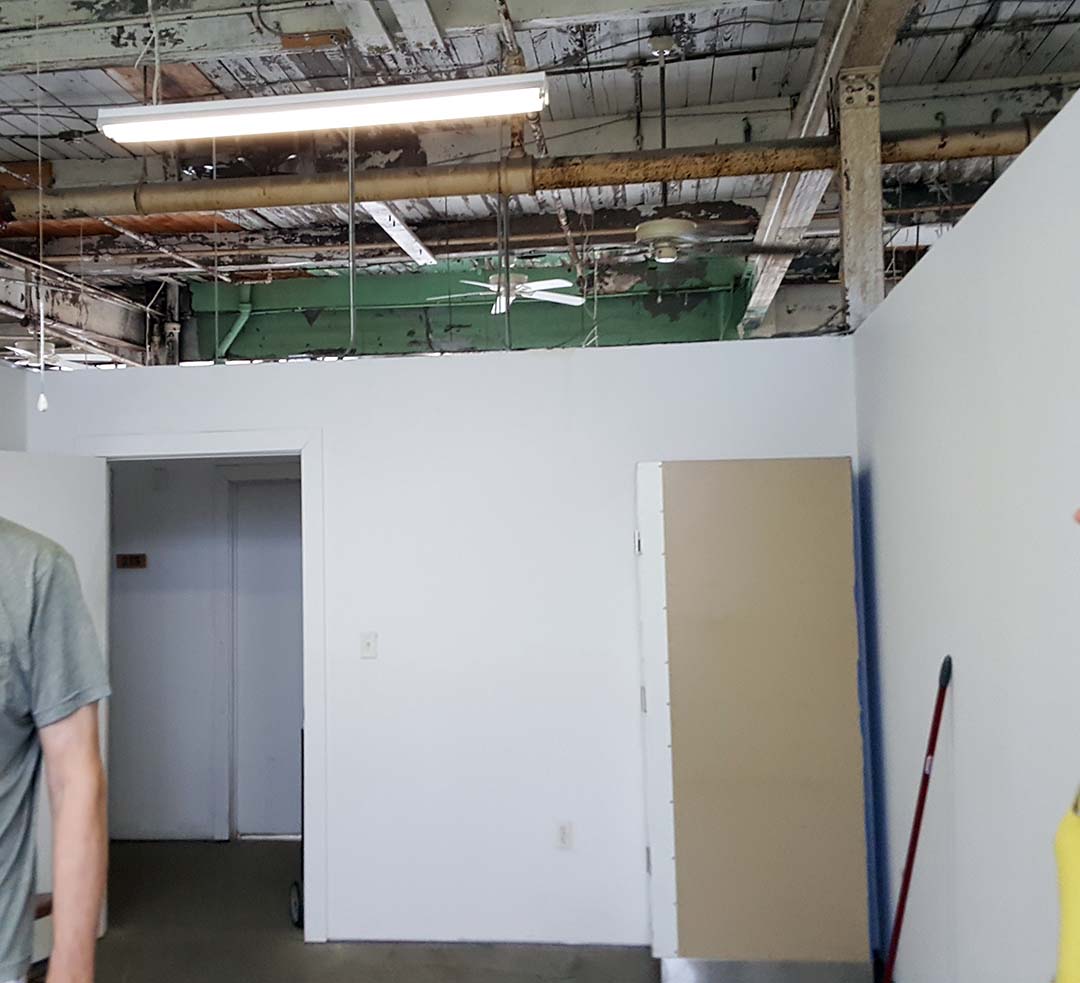 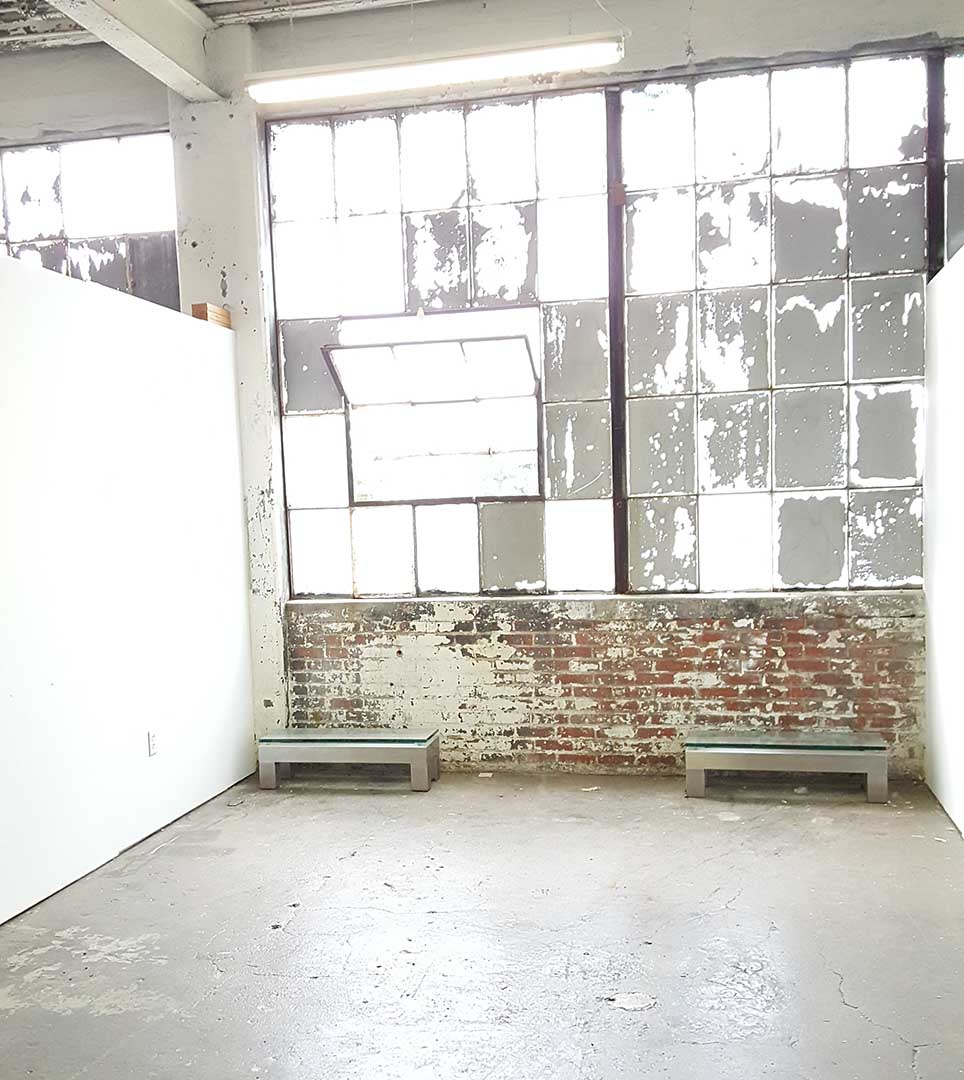