Mark-Making with Paula Roland in Chicago 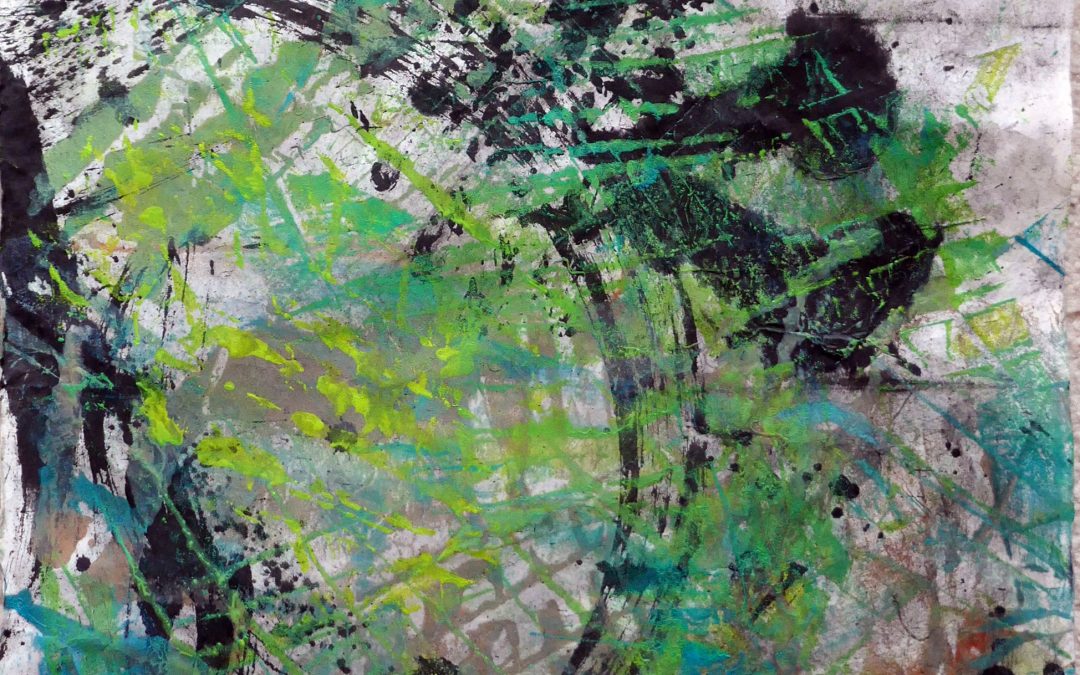 Last week at this time I was with a group of artists gathered around Paula Roland as she demonstrated Mark-Making, Encaustic Monotypes, and Working Large, in the Jeffrey Hirst Studio in Chicago.  FYI: Jeffrey Hirst is an encaustic artist whose work in often featured at the Brandt-Roberts Galleries in the Short North, Columbus, Ohio, including his new piece to be exhibited during October’s Gallery Hop. Day 1 of our 4-day workshop was spent working large with India ink on sheets of different types of mulberry paper (some over 30 feet long) using mops, large brushes, and even our hands to create marks; we worked both as a group and individually (the piece below on the left is 42″x90″).  [I haven’t seen such organized chaos since I was a freshman at Columbus College of Art & Design (CCAD, after I retired in 2010) where in our ceramics class it was always catch-as-catch-can as you threw and decorated ceramic pieces with slip and glazes splattered everywhere.]

To broaden our awareness of other artists and their mark-making, on Day 2 we went to Expo Chicago where 135 galleries from 25 countries exhibited both new and classic contemporary art.  We noted / photographed artists and works we liked and walked and walked and… oh yes, we walked some more.  It was great.  A couple of my classmates and I ducked out at the end to catch a ride on Chicago’s First Lady which has partnered with the Chicago Architecture Foundation to take us on a 90 minute boat tour of Chicago’s downtown architecture from the North Branch of the Chicago River almost to the Navy Pier and back.  I think this is a must-see if you get to Chicago between late May and early October.

Days 3 and 4 were spent cutting up and using many of our ink pieces to create encaustic monotypes, see the piece above. First, we got used to working on the hot boxes in Jeffrey’s studio (smaller than the one Roy made for me this summer), my first pieces are in the middle below (on Sumi-E/ Washi paper, 12″x18″).  I also started work on a scroll.  We each got one sheet of Pi/ Kozo paper which we split into two 15″x57″ pieces.  I’ve started a series (see the photo below at right) and have ordered more paper (an order mishap resulted in our having only one sheet in class).  I was excited to work with Paula and am looking forward to going to her studio in Santa Fe – next up her Carbon Lab!!

Post Script: thoughts on Chicago.  I stayed at a great Airbnb, Wicker Park/ Ukranian Village Gem which meant I had a 20-30 minute drive to the studio every morning.  Chicago drivers are some of the most polite I’ve ever seen.  It seemed to me that the average speed on the freeway or city streets was less than 30 mph and almost everyone let people in, stopped for pedestrians, were careful of bikes! After the boat tour I ended up taking a subway/ bus route back to the studio to get my car and everyone was very helpful! One evening I drove from Cinco Rabanitos (I ate there twice, it is so good, BYOB) on a route that took me thru two underpasses where people were living; there were couches and chairs and I think a TV and a stack of at least half-a-dozen mattress waiting to be used so Chicago is not perfect and caution is a good thing.  All that being said – I’ll go back! 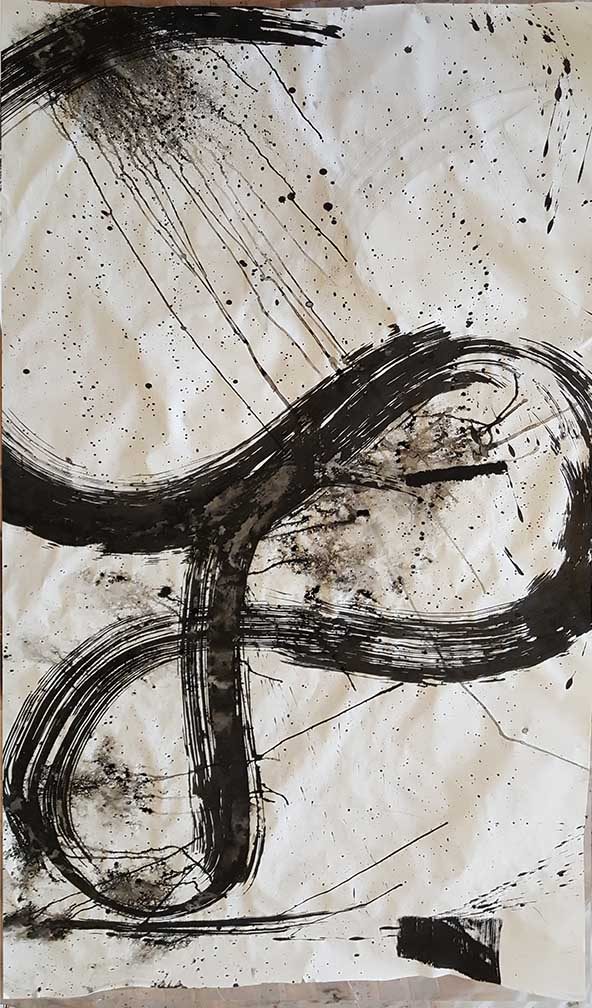 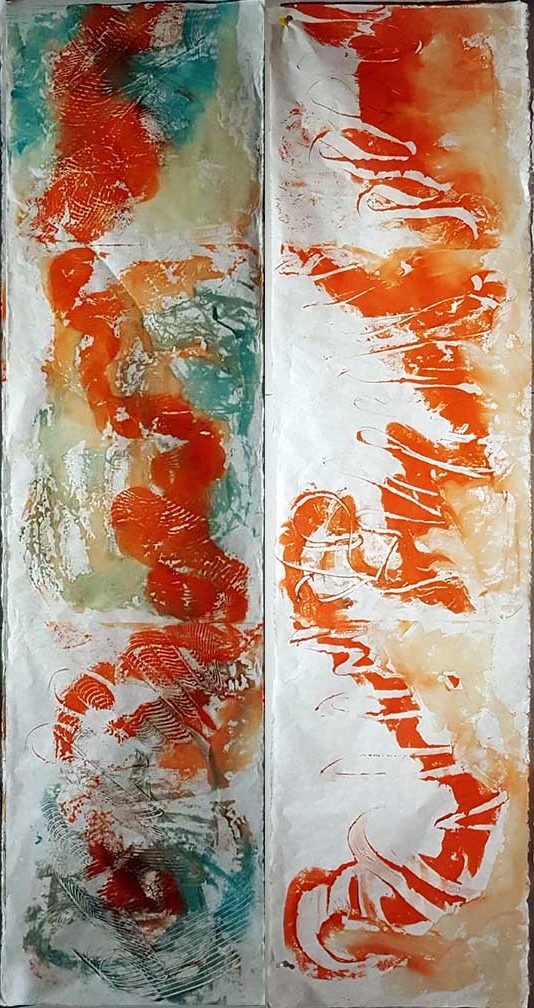